For the first two events in its new conference season, the Prince Pierre Foundation is presenting conversations with Camille Morineau, heritage curator and art historian who specialises in art by female artists, on Monday 24 January, and with director Mia Hansen-Løve on Monday 31 January, in partnership with the Audiovisual Institute of Monaco. Both conferences will be held at the Variety Theatre (Monaco), starting at 6.30 pm.

> Monday 24 January: The far side of the moon: female artists in contemporary art

These are all questions that Camille Morineau will address as she discusses her personal and professional life.

A graduate of the École Normale Supérieure (ENS) and a historian, she decided to get into the history of art, moving from teaching and research into curation and the exhibition of artworks in museums.

After becoming a heritage curator specialising in modern and contemporary art, she followed a traditional career path until she encountered an unexplored field within the discipline: the history of art by female artists who have been forgotten in a history written by and about men. Several years after the elles@centrepompidou exhibition (2009–10), the first showcase of female artists in a museum’s permanent collections, for which she served as the general curator, in 2014 Camille Morineau founded the association AWARE: Archives of Women Artists, Research and Exhibitions, a bilingual illustrated encyclopaedia of female artists of the nineteenth and twentieth centuries, the only one of its kind.

> Monday 31 January: The shot: a writing of the film

Mia Hansen-Løve, who has directed seven full-length features, including All Is Forgiven (2007), Father of My Children (2011), and Things to Come (2016), has shot all of her films in 35 mm (with the exception of 2014’s Eden). For Bergman Island (2021), she opted for a wide format, Scope. This attention to the film grain, the care lavished on the frame, harks back to a certain kind of sensitivity and touches on issues relating to point of view that the filmmaker must consider for every shot she plans.

Using excerpts from her films, Mia Hansen-Løve’s conversation with film critic Jacques Kermabon will focus on this aspect of direction, shot design, space-time fragments, and the decisions that they entail. When filming a scene, is there an ideal place where the camera should be? A perfect distance? A precise length of time which is required to express what you want to express? What role does the cinematographer play in this process? At what point is the choice of camera angle for a shot made, and for what purposes? What tensions are at work between the planned shot, the intended meaning and the recorded shot? In other words, how can we reconcile the intention of the shot and the attention paid to what has been set up and filmed, with the potential for uncertainty which ensues?

This conference is being organised in partnership with the Audiovisual Institute of Monaco. 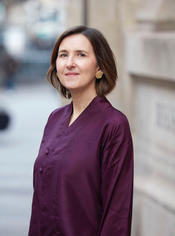