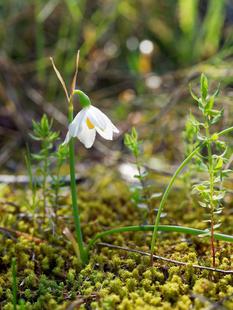 World Environment Day was initiated by the United Nations in 1972. It is celebrated in a different city every year on 5 June, on a specific theme.

The global host for this year's event is Pakistan, on the theme of "ecosystem restoration." This event will also mark the official launch of the United Nations Decade on Ecosystem Restoration 2021 – 2030.*

For several years, the Principality of Monaco has been heavily involved in programmes to restore marine and terrestrial ecosystems.

Monaco's ports house 50 artificial nurseries. They were the first ports on the Mediterranean coast to become involved in operations to reinstate the use of such nurseries and thus promote the development of fish larvae.

The sea wall in the port of Fontvieille has also been fitted out with tide-pool type reefs. This system enables water to circulate in structures that imitate natural hollow rocks, promoting the development of marine biodiversity (such as seaweed, shellfish, crustaceans, etc.).

In an urban context, where habitats are becoming scarcer, the Department of the Environment has implemented a programme to install artificial nesting boxes to encourage small passerines to nest (such as the great tit and blue tit, the house sparrow, black redstart, etc.). These insectivores play an important role in Monegasque ecosystems and their balance.

Similarly, a local plan for safeguarding and managing the Niçois Snowflake has been developed in the Principality. The preservation of this plant, a species endemic to the Alpes-Maritimes region and currently threatened with extinction, is a priority; this plant has great heritage value.

Within the framework of this action plan, operations to reinforce the population of this plant are also being undertaken by the Department of the Environment. The first operation took place in 2020 with the replanting of more than 900 seedlings on two separate sites in the Principality, the sloping area at the Prince's Palace and the Saint Martin Gardens.