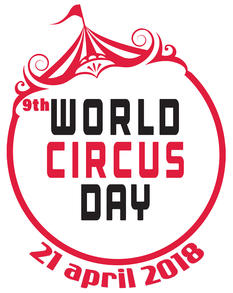 This year, the Principality, through the Monte-Carlo International Circus Festival, has decided to play an active part in this initiative by offering a circus activity in the school gymnastics hall at the Louis II Stadium on 21 April, from 3 p.m. (duration of the show:  1 hour), in the presence of H.S.H. Princess Stéphanie.

The audience will be able to see pupils from the Doctor Alain Frère circus school (Tourrette-Levens) and the Femina Sports team from Monaco in the circus ring.

The show will be presented by Lionel Goutelle, New Generation's Monsieur Loyal, and his "Junior" assistant, Thomas.

The musical ambiance will be provided by "Clowns en folie," who are regulars at the Monte-Carlo Circus Festival.

Open to all, admission free – Limited number of seats.