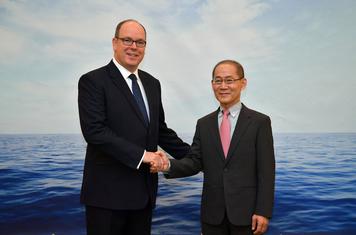 Opening of the IPCC Scoping Meeting in Monaco

The scoping meeting held by the IPCC (Intergovernmental Panel on Climate Change) on the Special Report on Climate Change and Oceans and the Cryosphere opened this morning.  The meeting brings together 103 experts from 40 countries and will continue until 9 December 2016.

H.S.H. Prince Albert II of Monaco and Mr. Lee Hoesung, President of the IPCC, both gave a speech during the opening ceremony.  Afterwards, they met for discussions, and then held a meeting for representatives of the media.

The IPCC was awarded the Nobel Peace Prize in 2007.  It aims to provide policymakers with periodic scientific evaluations relating to climate change, its incidence and future risks, and present them with adaptation and reduction strategies.  The drafting of this special report, with which H.S.H. Prince Albert II, the Prince's Government and the Prince Albert II Foundation have been involved since January 2015, is a long-awaited step towards taking account of the oceans in the face of climate change.  The report is due to be published in 2019.

A news feature will be available from this evening on Monaco Info. 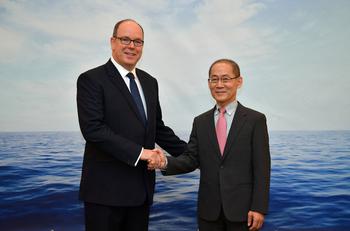 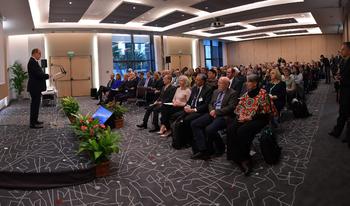