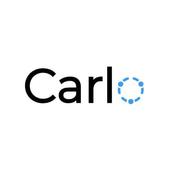 The Carlo gift voucher campaign ended on 31 March 2022, as announced by the Government. Recipients of the special one-off bonus had been invited to spend their gift vouchers from 1 December 2021 onwards.

Once again this year, the initiative was a real success with a record 110,000 transactions, twice as many as last year. Altogether, some 13 million euros were spent via the app, generating 910,000 euros in cashback, which will in turn be re-injected into the local economy.

Gift vouchers only accounted for half of the spending between December 2021 and March 2022. It is now clear that the Carlo app has been adopted by its 30,000 users for their everyday purchases.

The Prince’s Government continues to support shops and restaurants with the Carlo App.

In order to maintain public measures in support of local economic activity, and given the application’s success with consumers in the Principality and the 415 partner businesses, the Government, through the Red & White Fund, has decided to continue covering the platform fees usually charged to shops and restaurants, until 30 June 2022.