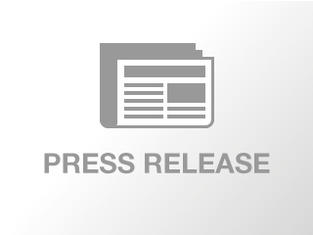 Given the importance and complexity of the role that financial agents are called upon to play in application of amended Act No. 1.389 of 2 July 2012, it seems useful to make some recommendations, as of now, for future candidates in the next election to the Council of the Commune with regard to the appointment of agents and the first steps they are called upon to take.

Pursuant to the provisions of Chapter III of the amended Act of 2 July 2012, each candidate must appoint a financial agent, whom he or she must declare when submitting his or her nomination paper.

This Act requires (Article 9) that the financial agent be declared, and his or her identity specified, when submitting the nomination paper.  However, it is usual, and highly desirable, for a candidate to appoint his or her financial representative as of now.

Although it appears that this declaration does not have to be in a particular format, the nomination must:

- be made in writing;

- contain all the information required to identify the financial agent.

In addition, a copy of these instruments of appointment should, without delay, be sent to, or deposited with, the General Secretariat of the Electoral Campaign Auditing Committee (Secrétariat Général de la Commission Supérieure des Comptes – situated at 2a, Boulevard des Moulins, 98 000 Monaco.  Telephone number:  98.98.83.66/98.98.98.98.92.26  e-mail:

Amended Act No. 1.389 of 2 July 2012 gives candidates great freedom in their choice of financial agent.

The following recommendations cannot therefore be considered binding in any way.  They are simply intended to ensure that the procedures established by law are conducted properly, ensuring the greatest possible compliance and convenience.

In the case of municipal elections, the campaign accounts are those of the candidates or lists involved. With regard to representatives of the lists, each of them must group and justify all the expenses incurred by all the candidates on the list, as well as all the electoral income of the list.  This complex process will be easier to manage if there are fewer financial agents. In fact, it is desirable that, in all cases for which they consider it possible, candidates should choose the same names, normally those of the agents who will present each list's account to the Electoral Campaign Audit Committee.

As the role and responsibilities of the financial agents are set out by law, it will suffice to emphasise here that, as soon as they are appointed, the agents must (Article 11) open a campaign bank account in the name of the candidate.

As a reminder, the provisions of Act No. 1.453 of 16 October 2017, amending Act No. 1.389 of 2 July 2012 on the financing of electoral campaigns, set the beginning of the campaign period prior to the 150th day preceding polling day, i.e. e. 18 October 2018.  The expenses incurred and income received from that date are therefore to be regarded as election expenses and income, which must be included in the campaign accounts.

Finally, it is desirable that the appointed agents and the candidates themselves contact the Secretariat-General of the Committee, which will, as soon as possible, explain in detail to candidates the conditions for drawing up and producing the campaign accounts and the annexes and supporting documents that should accompany them (see contact details above).