MonacoTech: innovation is critical to the Monegasque economy

Launched in autumn 2017 and officially opened on 8 November last year, MonacoTech, the start-up programme created by the Monaco Government in partnership with Monaco Telecom and Xavier Niel, is now an integral part of the country’s economic landscape. Since its inception, it has earned a reputation as a dynamic force for reflection and promoting innovation. It has also added some new talent...

During its first year, MonacoTech received some 172 applications. Fifteen of these projects were chosen during two selection sessions. All of these companies are ambassadors of Monegasque innovation (you can find out about them here) and they have recently been joined by seven new start-ups chosen by a third panel (made up of professionals, entrepreneurs and representatives of institutions*):

In addition to hosting start-ups, these premises have also been the venue for a number of events held by MonacoTech or other organisations such as the Monaco Economic Board and the Junior Chamber International Monaco: meetings, conferences, presentations and even a concert during the Printemps des Arts Festival. So it’s entirely natural that the 5th Start-up Weekend Monaco took place at MonacoTech from 27 to 29 April this year. 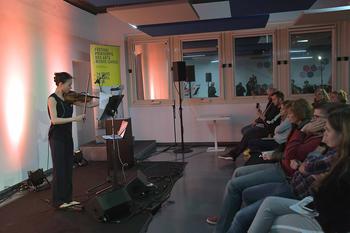 See previous articles on this topic: