With the official opening of its first start-up incubator/accelerator in November last year, Monaco, more than ever, has confirmed its status as a base for innovation and is encouraging further economic growth. Here, we focus on the launch of MonacoTech, its initial efforts in support of the political determination of the Prince’s Government in this area, and the 15 businesses selected to realise it.

The idea for the MonacoTech programme was born as a result of a review carried out by the Government starting in late 2015 and aimed at shaping the Monegasque economy of the future. As part of that review, it was decided to set up an organization able to support innovative projects. Its stated goals were to diversify economic activity in the country and promote job creation.

To find out more about the origins of the project, read our previous article on the subject by clicking here.

Around two years later, the idea was implemented by the State in partnership with Monaco Telecom and Xavier Niel. Premises with 820 square metres of open-plan space, including a co-working area and laboratories, was ready to welcome companies operating in the new technologies sector to support them during start-up, development, securing a long-term future and integration with the local economy. A full range of measures to provide support, advice, monitoring and funding was put in place thanks to the involvement of a specialist network (mentors, coaches, investors, institutional partners and early adopters).

MonacoTech was officially opened on 8 November by H.S.H. the Sovereign Prince, Jean Castellini, Minister of Finance and Economy, and Xavier Niel. “This initiative from the Government is part of the change we need to introduce to transform the Principality’s economy over the years to come,” Mr Castellini said at the opening. 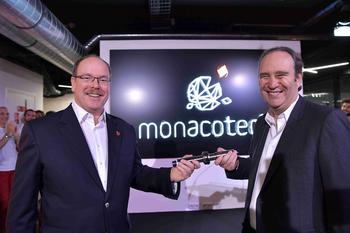 The 15 ambassadors of Monegasque innovation

The economic transformation described by the Minister has been initiated by 15 start-ups already installed in the MonacoTech offices (which are located in Fontvieille). As candidates, they underwent two selection rounds (on 10 July and 18 September) in which they were assessed by two panels made up of professionals and entrepreneurs.

The first panel1 selected five projects out of a total of 67 which were presented:

A place for reflection and promoting Monegasque innovation

MonacoTech is also a place for sharing and discussion, as evidenced by two events which have been hosted there since it was launched: 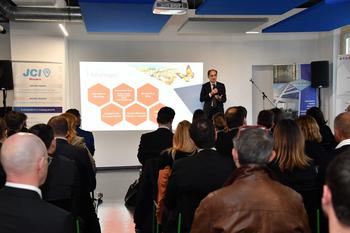 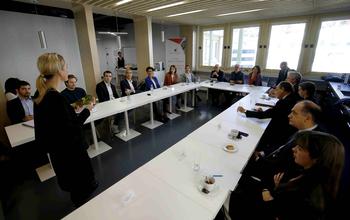