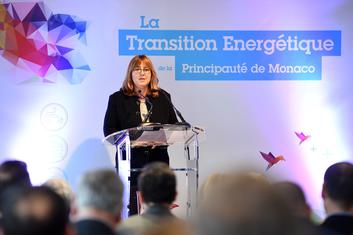 The Principality’s energy transition: from White Paper to National Pact

Launched at the instigation of H.S.H. the Sovereign Prince, Monaco’s energy transition should enable the country to meet its international commitments (under the Paris Agreement) to reduce greenhouse gas emissions by 50% by 2030 (compared with 1990) and achieve carbon neutrality by 2050. This is an ambitious plan which the Prince’s Government, and specifically the Mission for Energy Transition (MET), is pursuing efficiently.

Since the MET was created in 2016, work on the energy transition has proceeded at a steady pace in the Principality: the White Paper was drafted between August and December of the same year, then published in March 2017. This was followed by the launch of the solar resource map and the creation of a joint Government/SMEG company in June (for more details of these activities, see our previous article on the subject by clicking here).

Furthermore in November, following on from the implementation of the solar resource map and in partnership with SMEG (as part of the SunE offer), the first photovoltaic panels were installed on a residential building on Boulevard d’Italie. In December, the Department of Urban Amenities helped to construct a 50-metre section of solar road in Fontvieille. During the same month, the Ministry of Public Works, the Environment and Urban Development published the energy transition website online: http://transition-energetique.gouv.mc. 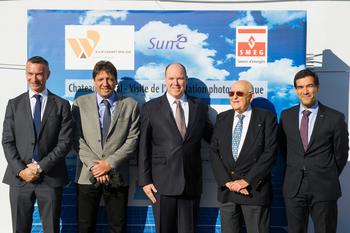 Initial work to install photovoltaic panels on a residential building in the Principality was observed by H.S.H. the Sovereign Prince. © Prince’s Palace / Axel Bastello 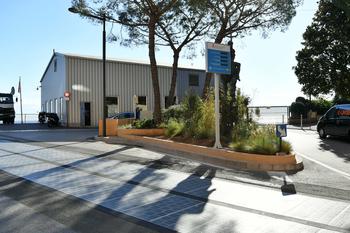 A logical next step following the signature of the Paris Agreement and the publication of the White Paper, the National Energy Transition Pact was launched in January 2018. Its objectives are:
• to change consumption patterns and habits without hindering development
• to create new opportunities
• to support the Monegasque community in the energy transition by presenting actions to take

In concrete terms, the National Pact enables those who have signed up – voluntarily – to take action at a level appropriate to them on the three main sources of greenhouse gases: transport, waste and energy. A commitment charter and action plans for various sectors of the economy have been drawn up. This tool for progress also offers a carbon calculator and tailored support measures.

Any individual, company or association wishing to sign up to the National Pact should contact the MET (98 98 47 59 / transition-energetique@gouv.mc) or visit the Mission’s website (http://transition-energetique.gouv.mc). The number of signatories has already surpassed 500! 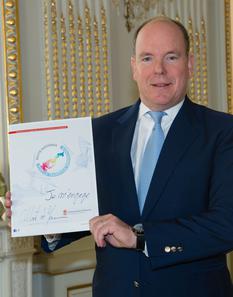 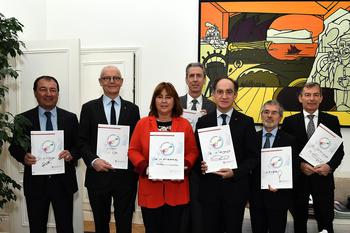 In addition to H.S.H. the Sovereign Prince and members of the Government, notable signatories of the National Pact include:

Numerous energy transition awareness events have also taken place in 2018, including:
• On 18 March, workshops and games for young and old were held at Stars’n’Bars
• On 4 April, the event “At the Heart of Energy Transition – The Main Players” provided an opportunity to review the MET’s actions and offer various stakeholders from civil society the chance to speak
• On 16 May, during the 5th Life Day event, a stand manned by the MET and volunteers from SBM Offshore sought to encourage the company’s employees to sign up to the National Pact
• On 5 June, to mark World Environment Day, the MET joined forces with Princess Grace Hospital to raise staff awareness
• During the week of 11 June, the MET took part in the Monacology fair on Quai Antoine I 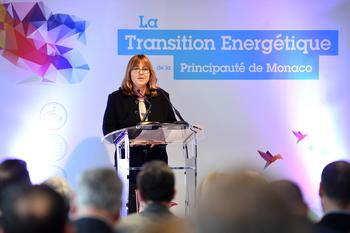 Marie-Pierre Gramaglia, Minister of Public Works, the Environment and Urban Development, at the “At the Heart of Energy Transition – The Main Players” event. © Government Communication Department / Manuel Vitali