Monaco participates in 131st Ministerial Session of the Council of Europe 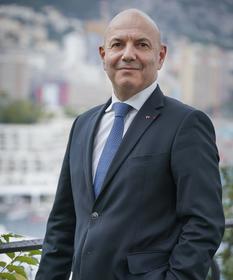 Minister of Foreign Affairs and Cooperation Laurent Anselmi delivered a message on behalf of the Principality of Monaco during the 131st Ministerial Session of the Council of Europe, which was held by videoconference live from Hamburg on 21st May.

The meeting, in which H.E. Rémi Mortier, Monaco’s Ambassador and Permanent Representative to the Council of Europe, also participated, brought together foreign ministers from the Council’s 47 member states.

In his speech, Laurent Anselmi voiced his support for the declaration made by Marija Pejčinović Burić, Secretary General of the Council of Europe, calling for a return to the freedoms and values which lie at the heart of the organisation’s founding pact.

He also supported the Istanbul Convention, which celebrates its tenth anniversary this year, and is the most effective tool for combatting violence against women and domestic violence, a problem which has been aggravated by lockdowns.

Finally, the Minister of Foreign Affairs and Cooperation emphasised the great importance that Monaco attaches to current work on human rights and the environment, the development of digital technology, the fight against cybercrime and artificial intelligence, all of which is helping to promote fundamental rights, democracy and the rule of law in Europe.

At the end of the ministerial session, Heiko Maas, the German Foreign Minister, handed over the presidency of the Committee of Ministers to Péter Szijjártó, the Hungarian Minister of Foreign Affairs, for the next six months.