The Principality celebrates the Circus! 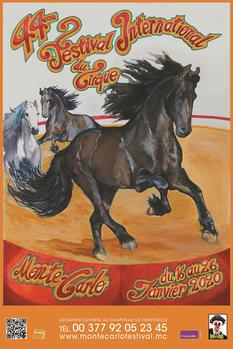 Throughout the month of January the Principality will live on circus time! Here are all the events:

- two exhibitions, one by Claude Draimbourg at the Columbus Hotel Monte-Carlo and Dan Walck at the Café de Paris (16th January – 2nd February), the other by photographer Peter Lavery at the Marriott from the 16th to the 20th January;

- the traditional shop window competition organised by the Monaco Union of Shopkeepers;

- the European Circus Association and the World Circus Federation meeting on the 17th January at the Marriott;

- the ecumenical service under the big top on Monday 20th January at 7 pm;

- New! Monday 20th January at 8.20 pm at the Stade Louis II, a football match between the Barbagiuans team of H.S.H. Prince Albert II and the international circus artistes' team, to raise funds for the Fight Aids Monaco association. The teams will be strengthened by some big international players. Free entry at the stadium upon presentation of a circus entrance ticket, or 5 euros per person. Come and help support Fight Aids Monaco, as well as seeing some top footballers in action!

- the roundabout between the avenue des Ligures and the avenue des Guelfes will be specially decorated by the Gardening branch of the Direction de l’Aménagement Urbain (Town Planning Department), to celebrate the grace and elegance of horses;

- entertainment in the town with the famous Clowns en Folie at the Condamine market, on Saturday 18th January from 11 am;

- an exhibition at the Musée Massena in Nice entitled “Le cercle enchanté” (the enchanted ring) until the 3rd February, featuring many pieces from the museum of Doctor Alain Frère.

Finally, 32 of the Principality's classes, that's 800 pupils, will be lucky enough to attend an educational rehearsal on Thursday 23rd January in the big top.

* At the door: the circus ticket booths are open from 10am to 1pm and 2pm to 6pm

* By post: please send your order along with a cheque in euros or a credit card number to: Monte-Carlo Festival - Avenue des Ligures - MC 98000 Monaco 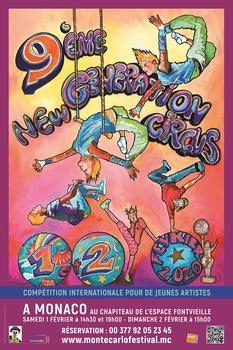