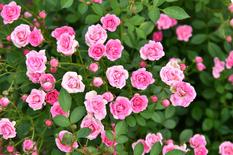 The event was organised by the Prince's Government and the Association of Friends of the Princess Grace Rose Garden.  Seventy-eight new rose varieties were assessed by an International Jury, and then by an Amateurs' Jury.  The rose bushes were presented by 23 growers from Germany, England, Belgium, Denmark, Spain, the United States, France, Italy, Japan, the Netherlands and Switzerland.

The announcement of the winners and a presentation of the trophies took place at 1 p.m.

The "PIAGET ROSE" Trophy was awarded to rose

A report is available on our social networks and on Monaco Info from Tuesday at 7 p.m.