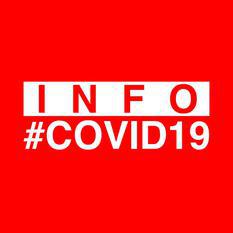 The fourteenth meeting of the Joint COVID-19 Monitoring Committee was held on Tuesday 28 July at the Ministry of State. The Prince’s Government and members of the National Council discussed the decisions that have been taken and are still to be taken in view of the health crisis and the resulting social and economic impact.

The Government and the National Council reviewed developments in the health situation in the Principality. The handful of positive COVID-19 cases recorded in recent days has primarily involved people who were infected abroad, sometimes far beyond Europe’s borders. While the spread of the virus is still under control in Monaco, the Monegasque health authorities remain vigilant. Many regions in Europe are experiencing a slight rise in infections. The Prince’s Government announced that it would be pre-emptively introducing several additional health precautions today, to ensure that everyday measures remain in step with the development of the epidemic. The Government also reiterated that testing continues to be freely available in the Principality through general practitioners or health professionals.

The Joint Monitoring Committee then addressed the social impact of the health crisis. The restructuring plans announced by Monacair and SBM Offshore alone could result in the loss of 162 jobs. The Prince’s Government said that it would continue to pay close attention to the progress of ongoing negotiations at every firm facing redundancies. This week, the Government met staff representatives from Monacair. The discussions focused on the number of jobs concerned and the support measures that the company will put in place.

In terms of support for businesses, the Joint Monitoring Committee reviewed the gradual withdrawal of the strengthened provisions for total temporary layoff (CTTR), announced at the beginning of July, following a staggered, sector-by-sector approach. The Government explained that it was working on various assumptions relating to the future of CTTR after the summer. The National Council delegation reiterated Council members’ commitment to maintaining the provisions for as long as necessary for businesses and sectors whose circumstances justified it.

There was also discussion of the Economic Recovery Support Commission (CARE), in which a representative from the National Council participates. Nearly a hundred applications were submitted and reviewed by the Commission in July. CARE will continue its work throughout August, something else that the National Council members have called for.

The next meeting of the Joint Monitoring Committee will be held in September.