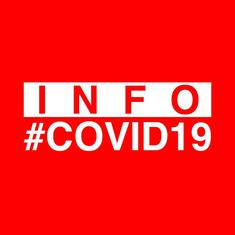 The latest meeting of the COVID-19 Joint Monitoring Committee was held on Friday 13 November 2020 at the Ministry of State.

For almost two hours, the Prince's Government and representatives of the National Council discussed the decisions taken and to be taken with regard to the health crisis and its social and economic consequences.

The Government has drawn up an assessment of the health situation in the Principality.  Although the number of infections is rising, for the moment, the incidence rate in Monaco is lower than in neighbouring regions.  It should be noted that the number of positive cases is on the rise, mainly due to an increase in the number of tests.  It also shows that the rate of positive tests carried out in Monaco remains relatively limited, at around 7%, which is a much lower level than in France.

The Joint Committee then addressed future developments in terms of testing in the Principality.  The Government has announced the forthcoming implementation of antigen tests for the public, following numerous discussions with the National Council on this subject over the past few weeks.  These tests will be available as from next week in some pharmacies, and subsequently from health professionals.

The Joint Committee then examined the curfew measures that entered into force on 1 November.  These measures, in the opinion of the participants, are appropriate for the situation in the Principality.  They make it possible to protect the population while ensuring that many businesses can operate in compliance with the health regulations.

Moreover, it seems that the new precautionary health measures are increasingly being adhered to.  This is particularly the case for the wearing of masks on the street, which has been more closely monitored by the Police Department.

Members of the National Council have requested that particular attention be paid to young people in public places, to ensure that they are wearing masks in accordance with the requirements.  The Police Department will intensify its educational efforts in this respect.

The National Council's proposal to reiterate the importance of occupants of vehicles wearing masks while making journeys via car sharing was approved.

Discussions also took place on the social and economic impacts of the health crisis.  The Government and the National Council agreed on the importance of continuing and adapting economic support measures to the changing situation.  The CARE (Economic Recovery Support Commission) will continue to support businesses affected by the health crisis.

The next meeting of the Joint Monitoring Committee will be held on 24 November.