Decommissioning of plot on Esplanade des Pêcheurs : Response of the Prince’s Government: “The interests of Monegasque nationals and the public finances have been protected” 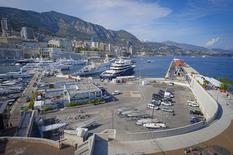 The Prince’s Government welcomes the passing, by a majority of 13 out of 16 votes, of bill no. 1057 on Wednesday 27 July 2022. The bill relates to the decommissioning of a plot of land publicly owned by the State on Esplanade des Pêcheurs, Quai Rainier I Grand Amiral de France and part of Quai Antoine I.

The passing of this bill by the National Council enshrines an agreement between the State and the project leaders, putting an end to the dispute that has existed between the parties for several years. It also concludes two years of intense work and discussions, in which the Government’s teams and advisors have been particularly active.

The compromise reached strictly complies with three conditions, in accordance with the Sovereign Prince’s instructions: it ensures the continuity of the Formula 1 Grand Prix, guarantees access to the site for the emergency services and preserves the interests of the Principality.

Thanks to the agreement reached in consultation with the National Council, the public finances have effectively been protected, as the developer has waived enforcement of the Supreme Court’s order of 25 June 2020 that the State should pay a sum equivalent to 157 million euros today.

In parallel, the interests of Monegasque nationals have also been safeguarded, since the new tripartite agreement that will be signed will ensure that the State will receive significant financial revenue and substantial benefits in kind, including the construction of state-owned apartments, car parks, commercial spaces and public gardens, as well as the development of a museum dedicated to underwater archaeology.

At the vote, the Minister of State highlighted the important joint work that enabled the Government and the National Council to reach agreement on all areas of discussion and thus arrive at a balanced solution.