Marine educational area to be created in Monaco 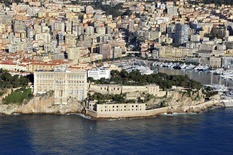 The Principality of Monaco has embarked on the creation of a marine educational area.

The project, put forward by the Monegasque Association for the Protection of Nature (AMPN), is part of a partnership with the Prince’s Government and is supported by the Prince Albert II Foundation.

The concept was born in the Marquesas Islands of Polynesia in 2012, the brainchild of children attending the school in Vaitahu. Marine educational areas are small coastal zones managed with the assistance of primary school pupils. This participatory approach helps to teach the pupils about the marine environment and the need to protect it. Each school year, pupils in a Year 6 (7ème) class, assisted by their teacher and supported by a scientific supervisor, define their goals for managing the area and put in place “actions for the sea”.

In the Principality, the Year 6C class at Ecole des Révoires has been selected by the Department of Education, Youth and Sport to launch the marine educational area. After hearing a presentation about the project from the AMPN team, the class created their own “children’s council for the sea” to choose the most appropriate site. Having studied the Monegasque coastline, they opted for the area between the Port Hercule floating sea wall and the Oceanographic Museum. This area has a diverse range of natural and artificial habitats, and extremely rich marine and terrestrial biodiversity. An in-depth visit to the site allowed the children to get to grips with all of its specific features and to draw up an initial survey – an essential step in identifying the future “actions for the sea.”

In addition to its unquestionable value in terms of raising children’s awareness of environmental protection, the marine educational area concept fits easily into the official curricula by promoting cross-disciplinary activities. Eventually, the pupils will also forge a network of relationships with numerous organisations in the Principality which, through their commitment and areas of expertise, will support the children in achieving their objectives.

The children’s official presentation of this unifying project, which is in line with the desire of His Serene Highness Prince Albert II of Monaco to protect the oceans and seas and step up awareness campaigns, will be held on 27 March 2019, during Monaco Ocean Week.