New Regulations on Noise From and Working Hours of Construction Sites 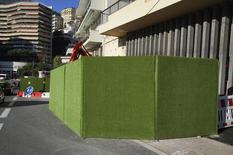 Two Ministerial Decrees on noise from and working hours of construction sites were published in the Journal de Monaco today, Friday 7 December 2018.

The aim of these texts is to optimise the quality of life in the Principality.  They concern:

These changes to the texts in force are in response to the high expectations of the resident population.  They also respond to the needs of construction professionals, who can only make improvements and set an example via a stronger regulatory basis.

It is important to point out that representatives of the Council of the Order of Architects, the Monaco Real Estate Developers' Union and the Construction Sector Employers' Chamber were consulted prior to the planned reform.  They also intervened twice during the finalisation of the new regulations.

The aim of these new texts is to:

A Ministerial Decree of September 2010 has already brought about significant improvement in the control of the working hours of construction sites by reducing the daily working times, which, since 1930, had authorised work to be carried out from 6 a.m. to 10 p.m.

The problem of noise nuisance also led the Department of the Environment to prepare a circular, in 2011, on noise from construction sites.

You will find three Monaco Info topics on the nuisance reduction measures implemented in the Principality: