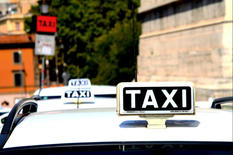 For several weeks, the Monaco Government has been in constant dialogue with the French Embassy in Monaco and the Alpes-Maritimes Prefecture to find a balance between the expectations of French taxi drivers and preserving the legitimate interests of drivers in the Principality. As a result of these discussions, the Monaco Government has made specific proposals which appear to address everyone’s interests.

The Prince’s Government has taken note of the statements made by the Côte d’Azur Private Hire Vehicles Committee and the French Regional Taxi Federation, and invites them to focus on consultation and dialogue.

The Prince’s Government would be disappointed if the beginning of a promising tourist season in Monaco and throughout the Côte d’Azur region was jeopardised by protest movements, while we are all emerging from two years of an unprecedented health crisis and now facing international conflict in Europe.