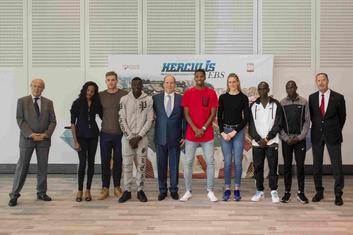 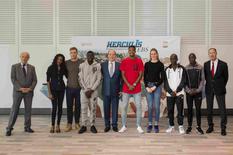 Yesterday, in the presence of H.S.H. the Sovereign Prince, the organisers of the Herculis EBS Meeting celebrated the title of "The World's Best Meeting of the Year" (awarded for the 6th time in the Meeting's history), and its best rating ever, thanks to the outstanding results of the 2018 event.

In his speech, the Director of the Meeting, Jean-Pierre Schoebel, recalled that the 31st Meeting was notable for great success on the track, with some very good sporting performances, and in the stands, with a huge number of spectators.

There was also sporting and popular success at the women's and men's shot put competitions;  this event was held for the first time in the history of the Meeting, and took place on Port Hercule on 19 July 2018.

On 20 July, there were some spectacular performances and exceptional sporting results:

- six Meeting records and seven best world performances of the year in the 13 sporting disciplines of that evening;

- a world record smashed by Beatrice Chepkoech in the 3,000m steeplechase with 8:44.32, a gain of more than eight seconds over the previous record.

The 2019 event will take place on Friday 12 July at the Louis II Stadium. 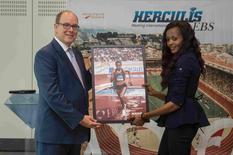