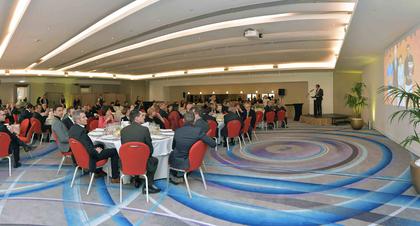 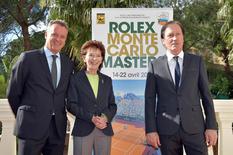 Tournament Director Zeljko Franulovic today gave an overview of the next Rolex Monte-Carlo Masters, which will be held from 14 to 22 April 2018 on the legendary clay courts of the Monte-Carlo Country Club.

Mr Franulovic announced the new name of the tournament, adopted at the initiative of the title sponsor, which was keen to establish a stronger presence in all of the events throughout the world for which Rolex is the title partner.

He also noted that as a tribute to his exceptional record of achievement and his commitment to the tournament, the Société des Bains de Mer, institutional partner of the Rolex Monte-Carlo Masters, had decided to name one of the suites at the Monte-Carlo Bay hotel after Rafael Nadal, who has won the title ten times.

The tournament’s management will continue to support Monegasque charities and foundations by organising an exhibition match in aid of the Prince Albert II Foundation on Saturday 14 April. The match will take place on Court Rainier III and will involve the best players in the tournament.

Demonstrating their enduring loyalty to the tournament, the majority of the world’s best players will participate in the 112th Rolex Monte-Carlo Masters.

Mr Franulovic emphasised that “the public’s ongoing enthusiasm for the tournament ensures that we continue to grow, and this is reflected by a 6% increase this year compared with the same point in 2017.” He advised tennis fans to book their tickets as soon as possible via the official website www.rolexmontecarlomasters.mc.