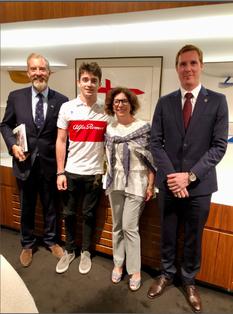 A reception was held at Monaco House in Melbourne, in the presence of the Honorary Consuls of Monaco in Melbourne and Sydney, Messrs. Andrew Cannon and Hadrien Bourely.